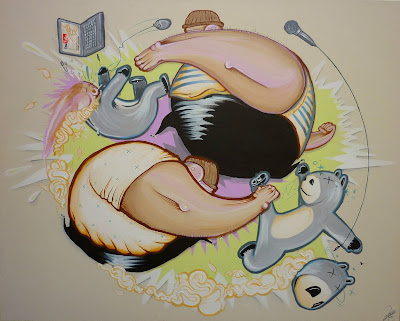 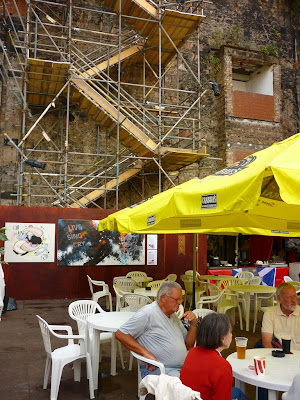 Another addition to the work I done for Amnesty was a personally picked case called ‘Donkey Bloggers’ along with the other artists we were to paint canvases based on our own picked case.

The case is so surreal that it should be funny, but you can’t laugh when you realise the two men are still in jail.

To Quickly sum it by time it takes you to sip your tea and swallow, Two bloggers from Azerbaijan, Blogged on YouTube (Dressed as a Donkey)and took a funny dig at their Government in how they spent a whole wad of Cash in the transportation of Donkeys. Then shortly after the video was released the two men were in a bar when two heavily built muscle heads interrupted them and for no reason beat them up. The bloggers went to the police station to report this…and instead of the two muscle heads being brought in, the two bloggers were put in interrogation for hours and no longer placed as the victims, but as the assaulters!?

(without implying any corruption..as if you watch enough films you know there is never enough proof so I won’t go there as I don’t want to get any one in trouble as its still a live case) the two bloggers were sentenced for 2 years in Prison and are still in there today.

Check out the video above and here for more info on the case.